An A-level student on work experience at an Oxford museum has found rare examples of butterflies lost since the 19th Century. 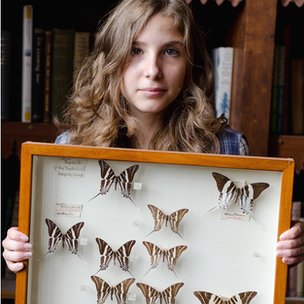 They had been brought back from South America by a Victorian naturalist.

Many of the butterflies were thought lost at sea in the 1850s.

Ms Martin’s discoveries came during the summer when she was taking part in a science-related work experience project.

The school girl, who wants to study zoology at university, found and identified butterflies collected by the naturalist Alfred Russel Wallace.

Teaching the art of composition for photography.

Our round Australia trip in a TVan

My ramblings about things I felt like rambling about